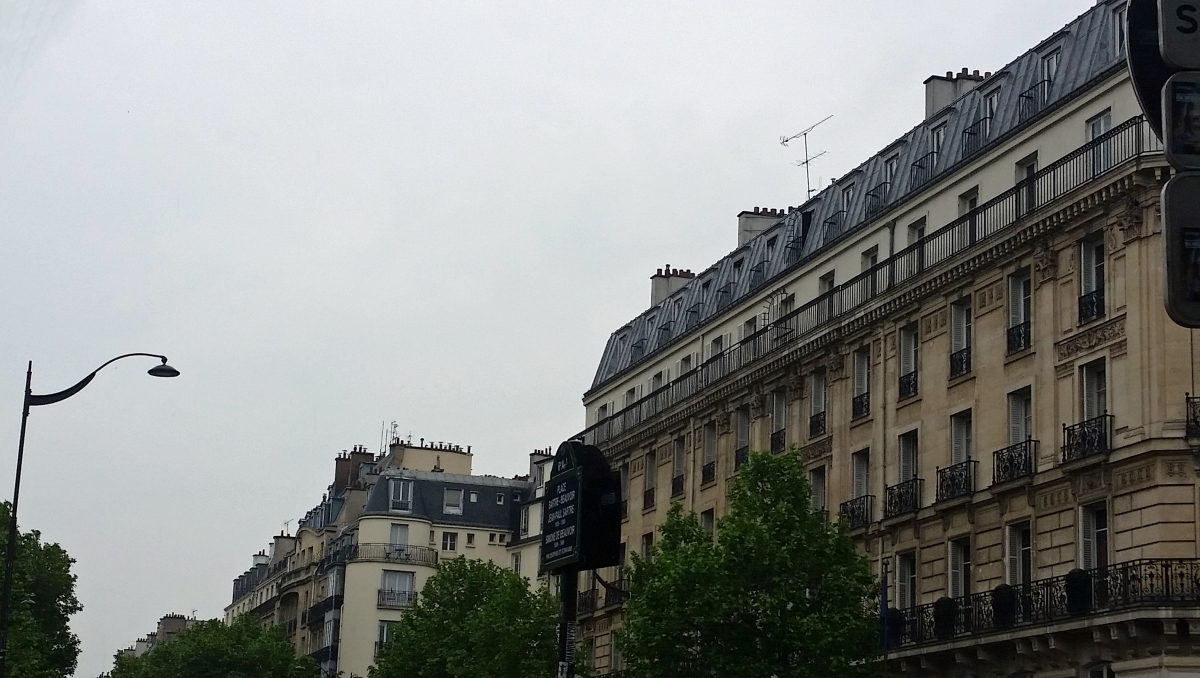 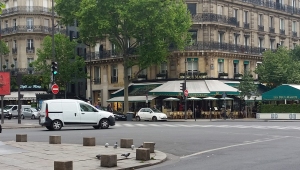 Two of the most famous cafes in Paris stand side-by-side on Boulevard Saint-Germaine: Café de Flore and Les Deux Magot. Both are celebrated for being hangouts for celebrities, artists, writers, and thinkers. On this walk, I stopped at Magot.

Les Deux Magots was originally a novelty shop. It took its name from a pair of wooden statues of Chinese magi. In the Belle Epoque, the novelty shop became a café.

In the 20th century, it became a locus of intellectual, literary, and artistic culture. Patrons included Verlaine, Rimbaud, Mallarmé, Camus, Picasso, Léger. Brecht, Joyce, Breton, Hemingway, Baldwin, Gréco,  and Wright. Nowadays, it’s probably most famous for its connections to the Existentialists de Beauvoir and Sartre (for whom the adjacent square is named—they lived in a flat just behind Les Deaux Magot). 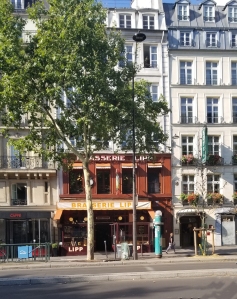 I sat myself underneath an umbrella at a table facing Boulevard Saint-Germain, just across from one of Hemingway’s favorite hangouts Brasserie Lipp (he would go there for frankfurters, potato salad, and beer).

The only other patron was a man sitting alone a few tables back. That I sat facing so close to the pavement must have marked my tourist status. In my poor French, I ordered a water and a café au lait (don’t believe the nonsense about French being rude if you speak the  language badly). 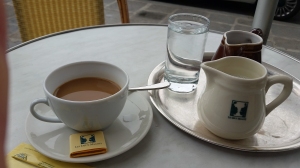 I pulled out my softcover red Moleskin and started penciling in the morning’s details. After a few moments, a man and woman approached the café; they joined the man who was sitting behind me. It turns out all were Americans; what followed was a conversation that went from the mundane to the bizarre.

The man flagged the server to take his companions’ orders. He was offended when the server didn’t recognize him. He told the couple that he was “known all over town,” so this person must be new to Paris. He then gave his visitors tickets for Versailles, which they were to visit the following day. He seemed at great ease with the couple; he asked many questions about their lives and experiences. I noted “he is great with them.” But then he shifted. When they asked questions about Paris, he replied not with information, but a flat “don’t worry about it. ‘they’ll know you’re with me.’” This comment didn’t seem too helpful to me, but perhaps it gave the couple confidence. They clearly hadn’t been to Paris before.

The man started talking about his wife (perhaps ex-wife) who was from Guadalajara (I’m not including her name here) and interrupted himself to catcall, in French, a passing woman—a well-dressed, mature blonde. She stopped and asked him something; at his reply,  she kind of coughed, then turned and proceeded down the pavement. The couple inquired what he had said to her; “I told her she looked lovely today, and she asked ‘do I know you?’ I told her she does now.’” He laughed and added, proudly, “And she was age-appropriate!”

The man proceeded to complain about being unable to do the same in America: “in the U.S., you can’t even look at a woman without the sisterhood coming down on your head.” He spent eight minutes—nonstop—complaining about and insulting American women. He peppered his complaint with an occasional “you know what I’m saying?” to which the male half of the couple would mumble a reply. The woman sat silently through it all. I wondered what kind of review the woman might leave for the man. Why go an extended attack against half of your customer base? It didn’t make sense to me.

The man then started to talk up a book he had written, and he told the couple “I’ll sign it later depending on how you behave.” I decided it was time to go indoors and view the statues of the Chinese magi. When I returned, the three had departed.