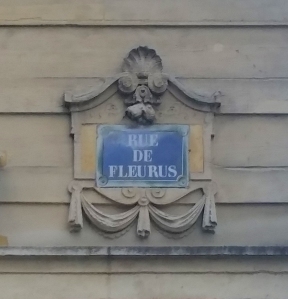 I’d started this wander without a goal or destination in mind. I had taken a left at Boulevard Saint-Michel, a right at Place Edmond Rostand, and entered Jardin du Luxembourg. When I exited the garden at Rue Guynemer, I realized I needed to travel a bit farther down the street as I’d come to an intersection with Rue de Fleurus, an epicenter for 1920s art and literature.

Initially, Stein resided with her brother, Leo, a painter. Later, she lived here with her life partner Alice B. Toklas.

Gertrude Stein had resided in Paris long before the [first world] war. She had seen the contortions of the Cubists, the birth of Futurism, the rising of the Vorticists, and Dada. . . .She sat beneath Picasso’s portrait of herself in the rue de Fleurus and told about it all, her stockings rolling about her ankles, a great grave cameo on her great grave bosom, solid and as certain as a rock, with a face that was almost imperishable. (Djuna Barnes 235)

Number 27 was the location of Stein’s weekly salons, where she hosted (some say pontificated to) many of the early twentieth century’s greatest artists—including, but not limited to, Picasso, Joyce, Hemingway, Henri Matisse, F Scott Fitzgerald, Guillaume Apollinaire, and Georges Braque. Stein’s salons gave space to the birthing of ideas that would live on in pages, canvases, and orchestras.

The salon room’s walls were covered with paintings by modernist masters, including, Picasso, Braque, Cezanne, and Matisse (see a short video of the Met’s exhibit on the salon room’s layout and art here). The portrait that Barnes refers to in the quote above presents Stein in muted colors, leaning forward, with an expressionless, mask-like face (it’s hard to tell if Barnes is describing the portrait or the living Stein). It’s on view at the Met in NYC.

When Stein died in 1946, she willed her priceless collection of paintings (and other treasures) to Toklas; however, because she had no legal status as Stein’s partner, the Stein family took it all. Toklas survived on friends’ donations and her own writing to survive (she wrote cookbooks, magazine articles, and an autobiography). Toklas died in poverty 19 years after Stein’s death; they are buried side-by-side in Père Lachaise Cemetery. 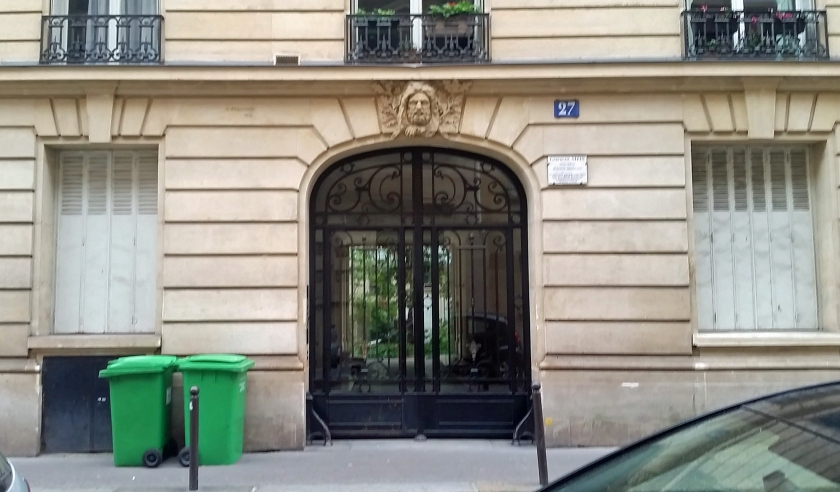